I just read an interesting article about how people who live in apartment buildings, or in close quarters with others, should not be embarrassed to have loud sex. I, however, disagree.

I have interesting neighbors. Two of the kindest lesbians you’ll ever meet live just feet away (and refer to themselves as “old dykes” – a title I’ll never be comfortable with); a bearded, night-shift working, chronic pot-smoking, Bud Light loving man named Ike (alias) who keeps to himself isn’t far away; and the newest of the group, Karen (alias), a red-headed, big bootied, chihuahua obsessed lady who lives right above me moved in a few months back. And it was Karen that I heard having the most outrageous sex known to mankind.

Now listen, I’m no prude, but Karen is upwards of 50, and she’s not especially easy to look at. If we’re going off outward appearances alone, I’d say she definitely hit up the meth pipe (do you do it from a pipe?) back in the day, her pale, freckle-ridden skin has a noticeably sallow tint, and her chihuahua, Taco, yes TACO, definitely wants to eat the flesh off my face because he barks every time I so much as breathe.

So one evening, about 6:30pm, I’m minding my own business on my couch, and it was warm, so the windows were open, and all of a sudden I hear it: Moans. Pants. Breathy declarations of passion. ooo-ing and ahhh-ing.

Like I said, it’s nothing out of the ordinary because sex is au natural, but when it’s coming from someone you can’t stand, who is OLD and scary looking, you get the wiggins. Sorry, you just do.

With a mix of disgust and curiosity, I stepped outside my front door to confirm my suspicions and all the sounds became even more real. All I could envision was some poor, hairy old man grabbing onto her chunky, white corpse and trying to have the time of his life while she beckoned him to keep it up. Pun intended. And then, suddenly, HE started sounding off too – and he was definitely of Hispanic descent – I’ll just say that.

A few seconds later it was all over, and Karen demanded that her Don Juan turn the fan on full blast to cool her down. I just stood there, mortified. Is it bad to get too down on her? I think not. She already had someone going down on her, after all. I think it’s just common courtesy to SHUT THE WINDOW beforehand. But then again, I wouldn’t want to stifle my own passions if I had a lady over, so I kind of get where Karen is coming from. HOWEVER, I will never forgive her for what she exposed me too.

What are your thoughts? Should you say something to a neighbor banging too loudly? Has anyone ever approached you about it? Sound off, readers. What’s the best neighbor etiquette in regards to loud love? 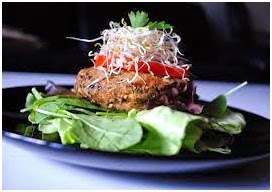