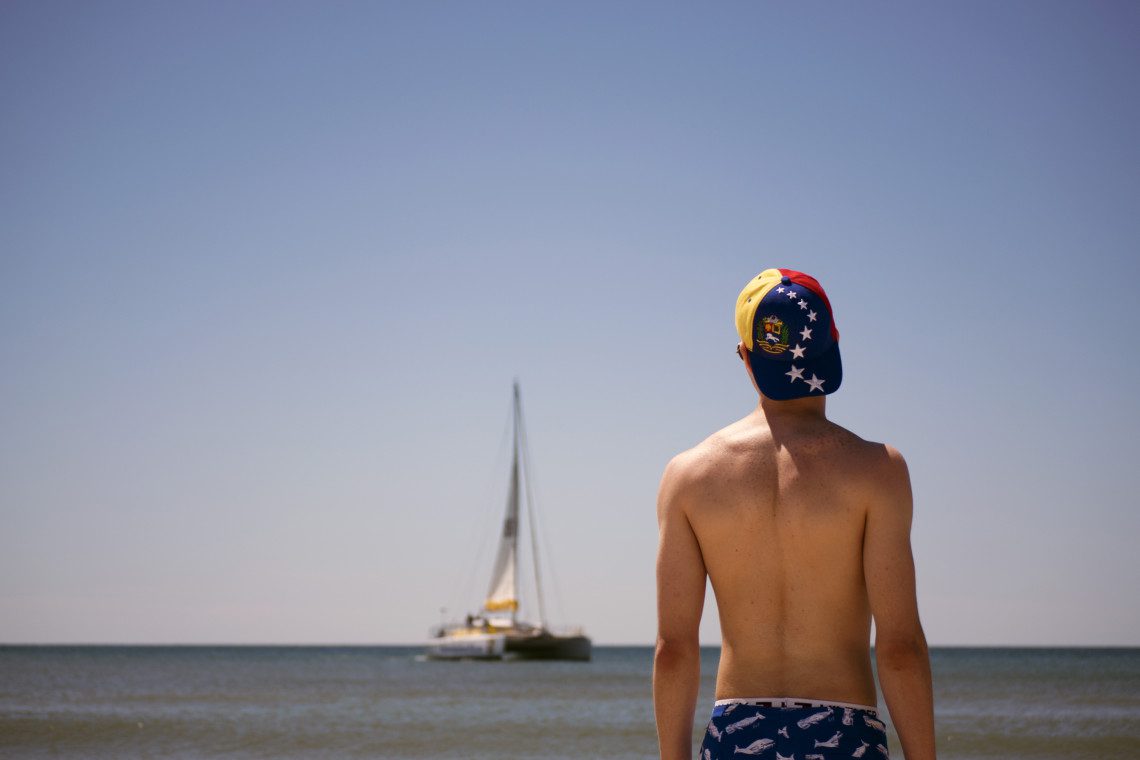 Aiden was proving to be someone that was hard to get over. It had been months since we ended things, yet still I had this yearning to see him. He had since moved on and found himself a boyfriend, which by all accounts social media-wise, looked like he was blissfully happy. Our relationship had ended with me wanting more, so saying goodbye was hard for me. It was like watching a TV show that ends with a cliffhanger and doesn’t get picked up for another season, so for all you know, the hero of the show is still dangling off that proverbial cliff. And that was me. Clutching on for dear life to a cliff I knew I’d never be able to climb back on top of.

Jack, of all people, asked me something in a moment of trying to comfort me one day that stuck with me, even to this day: “why are you making someone a priority that isn’t making you one?” I knew it wasn’t something Aiden was doing on purpose; his feelings had just changed. And mine hadn’t yet. And in retrospect, the rhetorical question that Jack posed was one that I could doubly ask myself about him. Why was I prioritizing people who weren’t doing the same thing for me?

https://360homeconnect.com/ji8ruo7 And that’s when I got to thinking; where do you draw the line between repeating the same mistakes and loving someone? When you love someone wholeheartedly, you put up with their idiosyncrasies, their annoying tendencies, their bad moods, because at the end of the day, they’re your person. But what about if you’re not sure you love them yet? You end up putting yourself through all of their baggage, which you don’t mind initially because you’re figuring each other out, only to realize that they aren’t “the one” and you end up feeling taken advantage of or duped in the end when it doesn’t work out. Where’s the balance?

https://www.hndassignmenthelp.com/tkuzq7p I felt like I was repeating the same scenario I had with Jack, again with Aiden. Taking risks, putting myself out there, showing my vulnerability, which I only do with people I really trust. The only difference was, Aiden and I had gone radio silent and Jack was still very much a part of my life. I just felt that by being myself, I was driving people I cared about away.

Admittedly, I always thought that people who took break-ups very seriously were melodramatic. I didn’t understand how their dispositions could go from super happy one day when they were in a relationship, to being completely crippled with self-doubt and melancholia the next day when they were were broken up with. But now, I got it. I understood the pain and the longing. I could relate to the days where all you could do was obsess about why the relationship ended, angry at yourself for not stepping up the way you should have. Having regrets…

But through all those self-doubting and depressive thoughts, the person who ended up being there for me in the end, helping me through it, who gave me more comfort than anyone I told about it, was Jack, ironically enough. And just like that, I could feel myself being pulled back into him.

https://www.clinandmedimages.com/o0qgi5ryypa And maybe it was wrong that I was letting myself be seduced by him again, but I didn’t want it to be wrong. I really didn’t. I wanted the dream. Because being with him was happy – the comfort he provided, the undeniable mutual attraction – it was all real. And just like that, we fell back into our old tricks. Call it being weak or not keeping my priorities straight, but at the end of the day, all I want is a little happiness. And I’d rather keep my heart open to affection, blissfully happy in my weakness than strong, closed off, and cold, unwilling to accept another kind of love, in whatever form it manifested itself in.

https://360homeconnect.com/vmrqdi1cgq Set in the Hamptons, Uncharted Waters tells the thrilling - and often funny - story of four teenagers who navigate class, danger, deception, and friendship in one of the world's most exclusive zip codes.

https://ladyonarock.com/prp76ibch From tops to home goods to skincare, shop our original Hamptons to Hollywood apparel in our online store.

https://www.clinandmedimages.com/hcfn982h Take 25% off your order when you use code HOLLYWOOD25 at checkout!