The Straight vs. Gay War 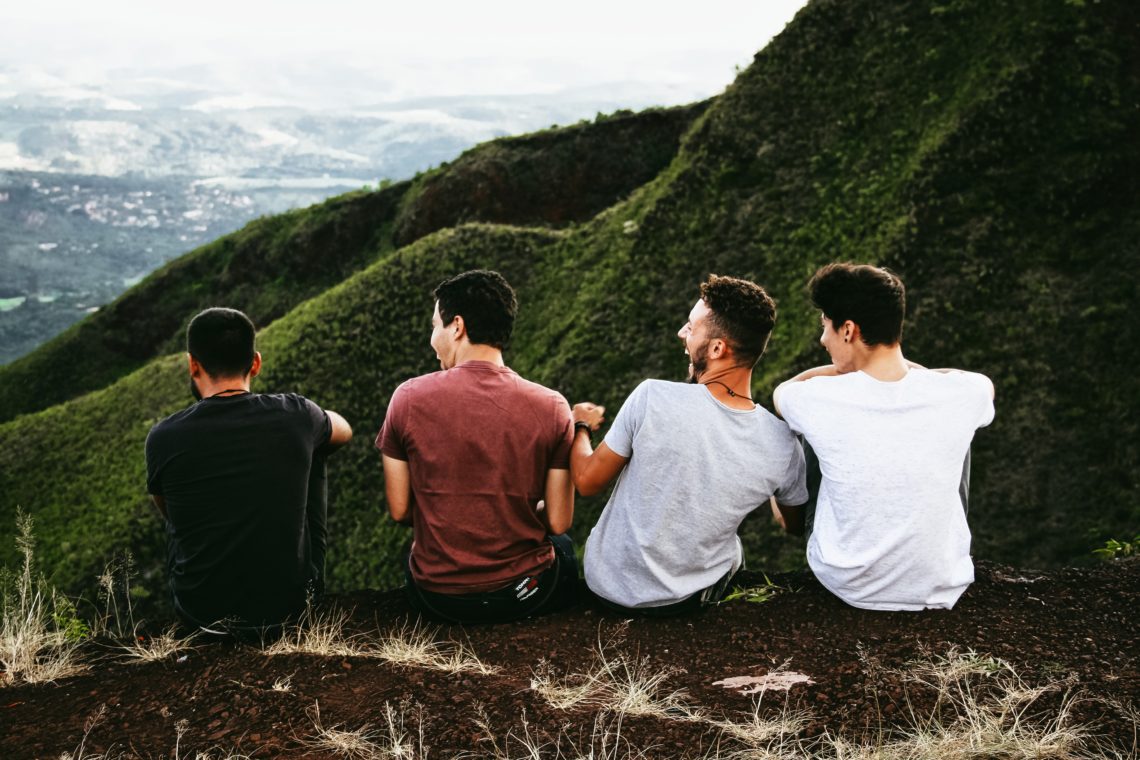 When I first moved to LA, I signed up for an acting class where I met my first group of friends. All aspiring actors, and all moving to the city around the same time, we found solace in each other’s company and friendship in a city where it’s hard to come by. Everyone in my class was straight – and at the time, so was I.

Over the years, we all kept in touched, catching up over lunches here and there. Lorelei, a gorgeous, slender, bombastic, spitfire Brit, was one I always was both enamored and amused by because of her infectious hilarity. She had that Julia Roberts quality, where from afar, you had that feeling that if you just met her, you know you’d be instant friends. Well I did meet her, and we did become instant friends, much to my excitement.

As she and I had brunch one day, she, on a total whim, looked down at her phone, read a text to herself, and as she bit into a chicken pesto Panini asked, “Do you want to go to the Razzie Awards with me tonight?”

“Do you have tickets?” I asked.

The next thing I knew, we had changed into clothing that was a tad dressier, and were standing outside of an old, Deco theater in Downtown LA where the ceremony was taking place. (If you don’t know, the Razzies are the anti-Oscars; they award people for the worst films of the year.)

“And let me tell you,” she pronounced as we walked to our seats, “I have the perfect guy for you who you will just LOVE.”

No sooner, the “perfect guy” she mentioned walked up to us and extended his paw for me to shake. He looked to be about eighteen years old with a greasy, Justin Bieber-esque jet-black mop above his face, a horde of acne scars, and mismatched socks. I knew it was the anti-Oscars, but c’mon, dude.

“Wazzup,” he snarled, looking down at his shoes the whole time.

Now. I’m not one to judge solely just based upon appearances, contrary to what you might have heard, but after the kid’s unfortunate visage, the “wazzup” salutation (which went out of style in 2002…or was it ever in style…?) and his general disinterest in, well, life, I decided right then and there I was too, disinterested.

And then it hit me. Straight friends, bless their hearts, have the unfortunate tendency to set up their gay friends with other gays, just because they know two gay people. Forget chemistry. When they hear about two homos, they turn into heat-seeking missiles, desperate to link up two entities who might not have otherwise found each other. The truth is, it’s a small gay world and the two singles being set up have probably spotted each other on Grindr. And it was probably within the last two weeks.

Straight people don’t hate gay people, they just don’t understand the dynamics of their relationships. Hell, half the time I didn’t think I understood gay culture either. It’s confusing! It’s hard to keep up! Who’s slept with whom? Who’s sleeping with whom? Who wants to sleep with who that you can’t want to sleep with also?

Meanwhile, across town in Century City, Carson was working his sixth shift at a new high-end restaurant that Beyonce frequented. Alec was constantly hounding Carson to steal her used fork and give it to him as a present.

The shift however, wasn’t going great, because Carson had yet again been given the absolute worst section of tables, despite his protestations otherwise. Because he was new, he had no seniority, and therefore no leverage to ask for a better section.

As he was rolling silverware into the lavender cloth napkins at the end of his shift, he noticed two women in stilettos and LBD’s strut into the bar, despite the restaurant being closed. Before he could utter anything to them, his manager shouted.

The women giggled and hobbled over to the manager and Mike, the lead server, who were counting cash at the end of the bar and drinking whiskey from their tumblers. The girls kissed their respective men before taking their seats upon the barstools. Before Carson could put away his basket of silverware and leave for the night, Mike beckoned him over to have a shot with them before he left. Hurriedly, Carson waddled over to the group and watched as his shot glass was filled with his least favorite whiskey.

Emily smiled and made it obvious she and Mike were a thing. Carson deduced the other girl, who was slightly more snooty, was a partner of his manager’s.

Carson instinctively took his shot instead of answering.

“If I would have known it was couples night…” he chuckled, wincing through the whiskey.

And, as he recounted to me later, he did exactly the opposite of what he wanted to do. He realized that if he played along and wiggled his way into the lives of his superiors, he might be awarded the shifts he so desperately sought. And so, that’s exactly what he did.

“She works late too,” he shrugged.

As Carson told me about his lie, it made laugh, but it also made me sad. Is there a constant war against straight people and gay people? Sure there’s harmony amongst both groups – more so in big cities where the viewpoints of the inhabitants are broader and more accepting – but even then there is a fundamental difference between them. And beyond that, there are still a ton of people who hate gays. Is it an Israeli and Palestinian situation? Can both groups ever truly exist in harmony together? And if so, will straight people understand gay people as being multifaceted humans, instead of just stereotyping them for who they love? Conversely, will gay people let go of the bitter resentment they feel toward the straight community after most likely being persecuted as adolescents for being different?

The truth is, the gay inclusion into the straight world is like fighting an uphill battle. And no one feels like they should have to fight to be accepted. Not when gays have been doing it their whole lives. In all transparency, I haven’t fought that fight, because I never experienced it. I’ve been teased, sure, but not at the level some of my friends have been. And from the stories I’ve heard, I sympathize for those who feel like they can’t be themselves around a specific group of people.

And so, as much as I’d love to fight and spread that signature “why can’t we be friends” idealism that I’ve become famous for, sometimes it’s futile. I’ve learned that there is, and may always will be, a point of misunderstanding between the gay and straight communities. So, Instead of fighting back to change it, a.k.a. going to an Irish Pub on Sunset Boulevard, the gays will head to Bar 10 on Santa Monica Boulevard, just happy to be amongst people who understand them the best.

I got to thinking whether there ever really would be a solution, an end to the age-old straight vs. gay war. But then an even more foreboding thought hit me; was I the only one who wanted a solution, or was each community perfectly content with being segregated…?