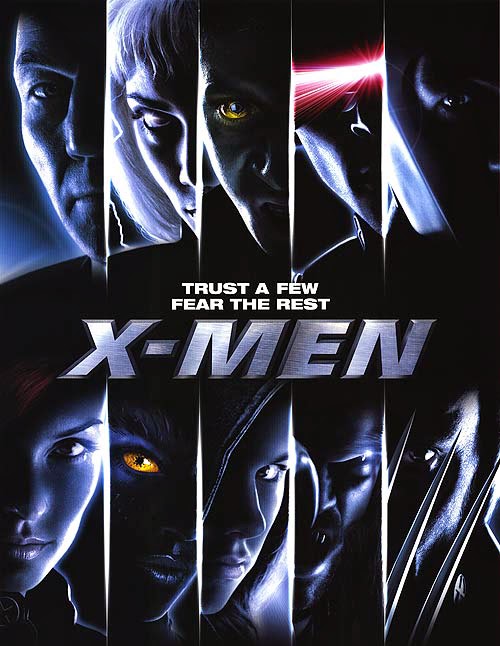 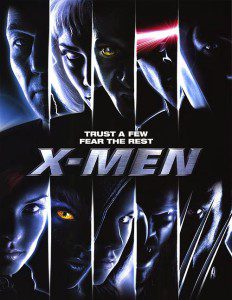 From this year’s Oscars theme to having a new superhero movie crop up every few months, it’s official that Hollywood – nay the general public – is obsessed with heroes, which sometimes tend to be super. However, the best superheroes AND the best franchise known to mankind is X-Men, pure and simple. Now, you might think I’m biased because I got to visit the Days of Future Past set in Montreal last summer where I met Hugh Jackman and had James McAvoy light a shot of Sambuca in my mouth – but no. I’ve been a staunch X-Men supporter since the tender age of 4. And I’ll tell you why…

1. Superheroes Are People Too!

Adapting larger-than-life action heroes into film is no easy task because there’s always the chance that a movie can pull material DIRECTLY from the comics and make you watch that virtual-comic on a big screen. This might not seem like a problem because, hey, authenticity, but one of the reason’s Bryan Singer is such a creative genius was because he realized that there had to be an air of reality to these superhumans. He knew that they had to be PEOPLE with powers, not just cool powers without personalities. X-Men films gave us the most human depiction of superheroes in current media today because they were made to be relate-able PEOPLE who were coming to terms with the skills they have AND struggling to figure out where they fit into society. If that doesn’t scream everyone’s twenties, I don’t know what does.

Fun fact: X-Men was the first big-budget, major studio superhero film of the current era. The success of the film paved the way for both Spiderman franchises, Daredevil and its spinoff, Elektra, Fantastic Four, Iron Man, Avengers, etc. Where would those other massively popular and money-making mega-movies be without X-Men??

The X-Men franchise has boasted, from the time of its release and up until now, the highest number of actors with Oscar noms and/or wins: Anna Paquin, Sir Ian McKellan, Halle Berry, and Hugh Jackman from the original franchise, and now Jennifer Lawrence and Michael Fassbender from First Class.

One of the things that many superhero movies don’t do (or any other genre of movie, for that matter) is commentate on social issues. Now, I bet you’re thinking that it’s utterly inappropriate for our favorite mutants to be talking healthcare reform and whether they should support abortion or not – and you’re absolutely right. However, there is a depth to these heroes that other superheroes don’t have. The overarching struggles for the X-Men are acceptance and wanting to fit into a society that doesn’t accept them. No matter your race, religion, sexual orientation, skin color, or beliefs, everyone feels like they don’t fit in at some in their lives, a conflict beautifully tackled in the X-Men films yet set against an entertaining action-movie backdrop.

5. Original Cast (with a Flair)

Going along with #3, the X-Men franchise has kept the integrity of its original cast and keeps making movies with them instead of going the Fantastic Four route and trying to re-boot the series with all new actors. First Class was unique in that it offered a prequel to what we’d already seen, but Days of Future Past is combining characters from all the films into one mega-movie, which is extremely smart from a marketing standpoint because its blending old favorites with a new flair so even if you didn’t like the characters from one movie, you’ll most certainly find someone to like in the next one, which will guarantee ticket sales.

Just like in every family, there’s a black sheep. I knew The Last Stand was bad before I even started reading movie blogs – it just didn’t fit with what had been done before with the previous films tonally, character and plot-wise. It felt like a cheap add-on that wasn’t necessary. HOWEVER, the X-universe (in comics and TV) is so rich with expert storytelling that filmmakers involved in the franchise found a way to potentially avoid the X-ploits (see what I did there) of The Last Stand by introducing one of the most popular story lines in all of X-Men: time traveling via DOFP. With such amazing story lines that aren’t convoluted or hard to follow, how can you not love these movies?

Days of Future Past pops into theaters in May and a rumored full-length trailer drops next week. I’m so X-cited.