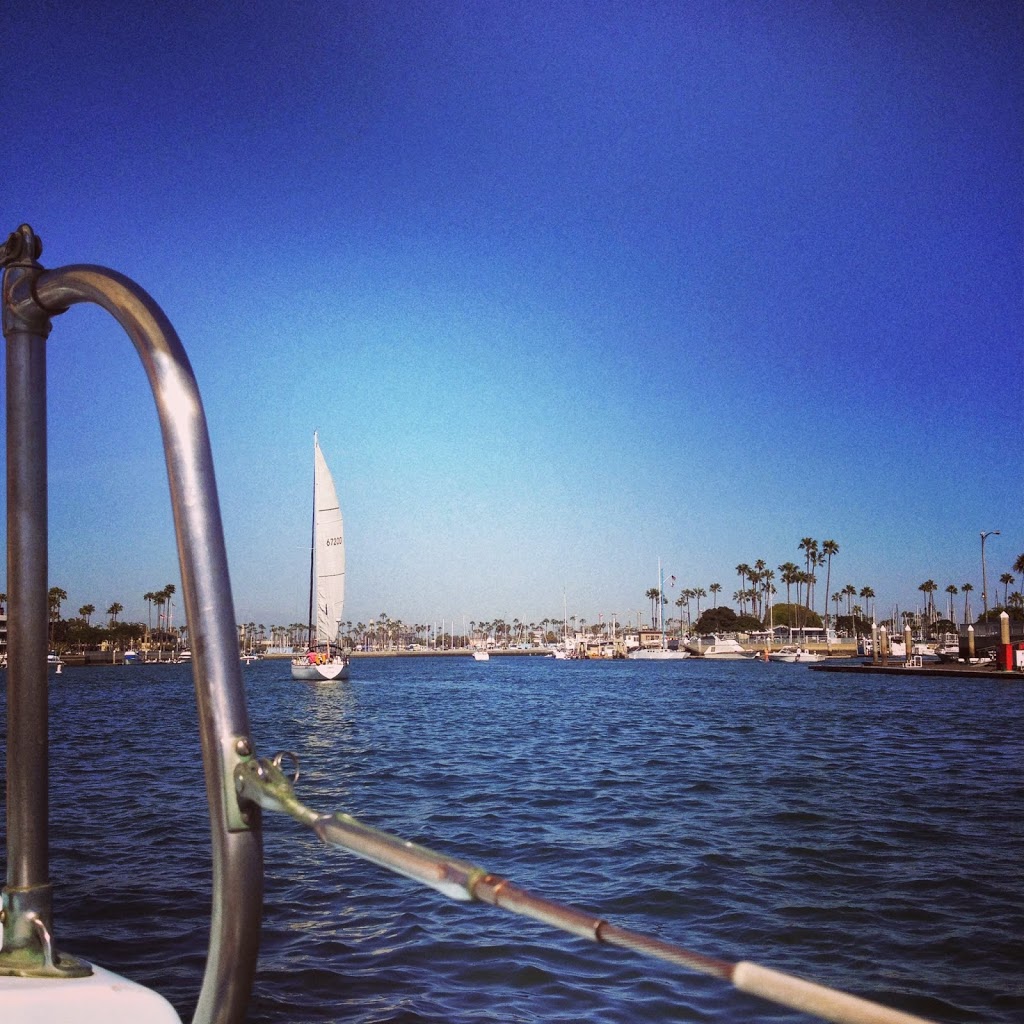 85 degrees in March – how can you not love southern California? Growing up I had always wanted to have a birthday pool party, but in Jersey, the latter part of March is when you break out short sleeves, not board shorts.

All that changed though when I recently boarded Derek’s sailboat and soaked up the sun and fun as we cruised on the Pacific. We had a solid crew of nine, including Derek’s sister, Sam, and some new friends from Fresno and Long Beach. The name of Derek’s boat, though, is the coolest thing ever: Soñadora – which translates into “Dream Girl” from Spanish. I mean, c’mon, is that not the coolest, sexiest, chillest name for a boat? Cruisin’ en la Soñadora? Drinkin’ on la Soñadora? It just flows off the tongue like butta.

Things got real though when Derek whipped out the ropes. We were sans-floatation devices but thought it’d be fun to jump off the back of the vessel, hold onto these ropes, and let la Soñadora pull us for a ride. Well it was all fun and games until Sam leaped overboard and lost her bikini bottoms. We found out just how resourceful she was though as she grabbed a hold of said bottoms with her toe and was able to put them back on WHILE in the water being pulled by a boat AND without giving everyone a free show. That’s talent.

Obligatory shots of rum, because that’s what pirates and REAL sea-faring folk drink, immediately followed as Derek drove us over waves and demonstrated his sills regarding all-things-sailing. I even learned a new nautical term; tacking – where the sail goes buckwildcrazy and flies from one side of the boat to the other in a frenzy and is crucial when trying to turn and sail successfully. No one was injured during the course of any of the day’s tacks.

All in all it was a fun and successful trip and I can’t wait for the next adventure at sea.