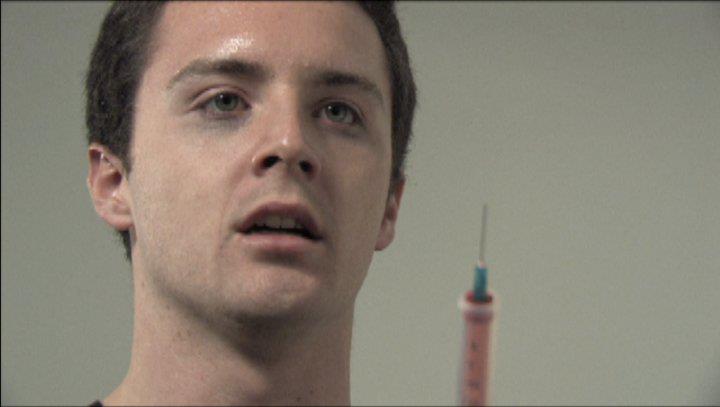 If we’re speaking truthfully, as much as it pains me to say it, the only person that will most likely review this film, is me.  Which is sad, because I starred in it.  But hey, you take what you can get.  And I’m working on changing that – on getting this project as much press and exposure as possible.  Fingers crossed.

“The Undertaker’s Son” is a feature film that was shot in the spring of 2011 by director Alex Borowski.  It was a low-budget endeavor to be sure, but with a solid storyline, crew, and professional audition process, I was excited to be a part of the project.  I finally received a screener of the film a couple weeks ago, and was thrilled to see my work in the piece.  Did it live up to its expectations?  Ehhh… 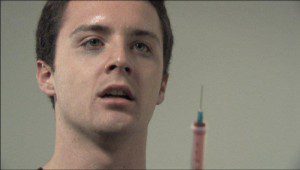 The film follows Cormac Bailey, an aspiring and talented writer, whose father falls ill and must put aside a graduate writing scholarship to take over the fledgling family funeral business.  To complicate things, Cormac’s girlfriend drops a baby bomb on him and tells him he’s going to become a father.  Depressed about his new forced career, Cormac sulks for a few days until he is visited by a loan shark that reveals his father owed thousands of dollars from bad horse racing bets.  After Cormac confronts his father about the debt, Mr. Bailey’s condition worsens dramatically and he teeters between life and death.

Between slow business and his father’s racing debt, Cormac makes a deal with his father’s doctor to eradicate his medical bills – all he has to do is remove the organs from his dead clients for the doctor to sell on the black market.  Simple, right?  Not so.  Soon, the doctor begins to make outrageous organ demands, the loan shark makes unpleasant visits, his girlfriend is perpetually nagging, and the morgue worker who Cormac gets his bodies from finds out about his illegal side business.  Oh, and his mother develops a prescription pill addiction.  The only choice Cormac has is to take matters into his own hands…and let’s just say, it isn’t pretty.

The picture quality of the film is good, definitely living up to silver screen standards.  The music and sound however, leave much to be desired.  For the most part, the sound quality is something you can look past and still enjoy the film despite it going in and out between voice-over and dialogue.  But when it comes to the music…it’s bad.  The worst part is a PIVOTAL and intense scene toward the end when Cormac decides to take matters into his own hands.  It should be a paradigm shift for the movie, but instead, the music that plays throughout the violent and thrilling experience sounds like something off of the “Saved By The Bell” soundtrack.  I was heartbroken.  It was a scene that could have been SO good – suspenseful and scary and nail biting – but the music completely took me out of what was going on. 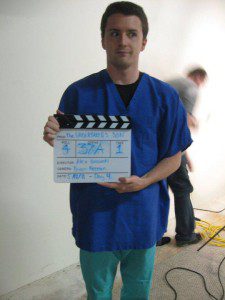 I like to think of this feature as my “Liz and Dick” project – only it was my starting point into acting rather than my “comeback”, which gives me hope because I can only go up from here.  On the plus side, it makes a terrific drinking game.

Oh, and there’s a steamy sex scene featuring yours truly. ; )

With that said, I am still very proud of the film.  It was my first feature, and because of that, was a great learning experience.  There were certain traits about my character that I should have executed differently, and it really helped me learn more about film making, but overall my performance was good.  It was an incredible experience though, to work with a team of dedicated professionals to create something special.  At the end of the day, I’m a storyteller, and it’s what I love more than anything.  With this film, I got to tell a story.  I got to be someone different.  I got to act professionally, and no matter what my career path may hold in the future, I will always cherish this experience because it was so much fun and allowed me to do something I’ve wanted to do since I was a kid – star in a movie.