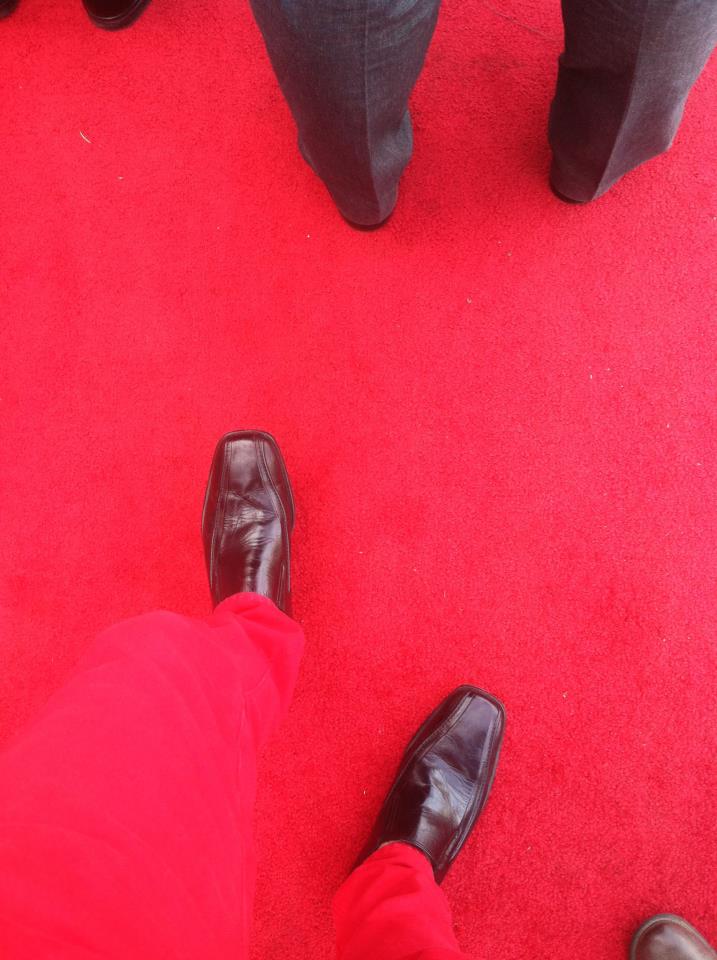 Back by popular demand, I decided to upkeep my tradition of trying to crash the Golden Globes this year.  And guess what?  It worked…ish.

The second annual sneak attack worked moderately well.  I made my way to Beverly Hills and knew exactly where to park, because I had done it all before.  So I stashed my car and took Chad with me as a wingman.  He wasn’t too amped on breaking into the ceremony, but I convinced him the event would change his life, so of course he obliged. 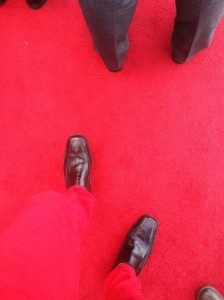 Decked to the nines, I strutted past the first wave of security by telling them I was picking up my press pass at Will Call.  They kindly let me through and I made my way down the sidewalk in front of The Beverly Hilton and onto the Golden Globes’ Red Carpet.  I was pretty excited, I can’t lie.  It was a feeling I wanted to make more common than just once per year – weirdly enough, it felt like I belonged there.

Chad, on the other hand, was not as confident in my plan as I was.  He kept giving me these sideways glances that we were in over our head.  Maybe we were, and truthfully, I didn’t have a plan, but isn’t that what life is about?  Going on crazy wild adventures where you’re in too deep?  That’s the kind of stuff that makes you stronger.  It’s how you learn.  If you have the balls to hang with the best of the best and actually put your foot forward to make it happen, you deserve the reward.

In front of us was a security checkpoint.  And I’m talking, full-on, airport style security, where they take your belt off and everything.  Jodie Foster’s “people” had the gusto to cut in front of me in line (the nerve), but after that, it was my turn.  I removed everything metallic and stepped through the metal detector.  Beep free.  I was in.

While I threaded my belt through my pant loops, I looked around wildly, trying to plan my next move.  I needed a pass.  A press pass.  A VIP pass.  Someone to mistake me for a celebrity…it didn’t matter!  I just needed credentials.

I walked up to this cute, black girl who was sitting at a table and handing out passes.  I gave her my name, but she said she only had passes for the catering company (next year, I’ll have to wear all black everything and pretend to be a waiter).  I thanked her and approached a Goliath of a person, a guard the size of a small house, and asked him where I could pick up my credentials.  For a second I thought he was going to pick me up over his head and throw me out onto Wilshire Boulevard, but instead, he smiled and directed me down a hallway to the second door on the left.

The second door on the left, I found out, was the Press Room where all the reporters and media were getting their passes.  I tried to grab a random one, but a staff member caught me and said I needed to get my picture taken so they could print it on the pass.  Um, okay!

I got in the photo line and proudly told the photographer I was working for a made-up-on-the-spot media house.  She believed me, but after collecting my ID couldn’t find me in her system and refused to snap my headshot.  She said I could step outside and call my people.

Newsflash sweetheart, I ain’t got no people!  I tried to find another way out of the room and further into the hotel, but it was pointless.  I was stuck.  I went back out to the red carpet and saw an open door.  It was my shot.  There was a person guarding it, but he wasn’t that big.  I knew I could take him if things got real.  I said to Chad it was our chance. 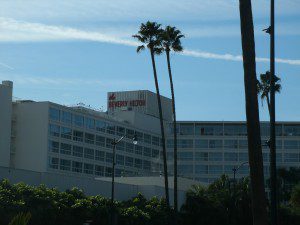 He pretended to be on the phone to not make us look so conspicuous, and I went for it.  I told Chad to come, but he hung back for a minute.  I briskly walked toward the door and past the guard, but as I did, I heard him calling after me.

I stopped short, only feet from the Hilton’s doors.  He asked what I was doing, I tried to confuse him into letting me in, but he didn’t buy it.  And that was that.  All other avenues were lost.  So, with my head hung, I walked back out to the front of the hotel to join the mere “pedestrians” of which I was just one.

However, on the way out, a line of cars were dropping off all the movie stars.  I saw Quentin Tarantino fly by and just as he got out of his car, Orlando Bloom looked at me.  I was dressed nicely, and he looked confused, so I pointed him in the direction of where to go.  I just wished I could have joined him.  He said “hi”, thanked me and left.

It was a whirlwind of a day.  Last year I tried the after-party scene and this year I went early to see if I could slide in, both to no avail, but both making great stories nonetheless.  Congrats, Globes, your security is tight.  But one day, I will be in that ballroom sipping Moet with the elite.  You just wait.