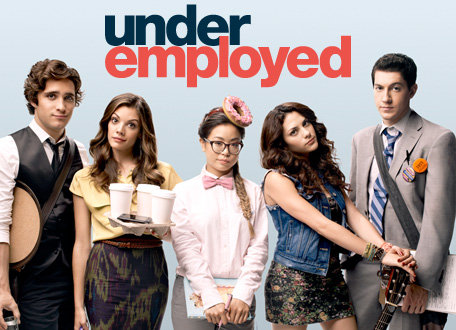 Last night was the premiere of one of my new favorite shows on television.  Underemployed.  Haven’t heard of it, you say?  Fix that.  It is an amazing new show about a group of five twenty-somethings a year out of college trying to figure out their lives.  Relate-able?  Check.  Funny?  I laughed out loud.  Dramatic?  Duh.  Because the program is on MTV, you’ll probably have about 286 chances to watch it before next Tuesday as that channel pumps out reruns almost as furiously as E! does of the Kardashians.

How do I know this show is going to be one of my favorites?  Well, honestly, I don’t.  But the pilot was fantastic.  Sure, there were flaws (as I’m becoming better and better at detecting thanks to my Monday Writing Groups), but it was a solid dramedy that everyone my age can relate to.  And man, I love a good dramedy.  Shows depicting moments where you don’t know whether you should laugh or cry, tender scenes where you feel like you’re watching a glimpse of something out of your own life.  It’s great.  “How do these people know me so well?”, you ask yourself. 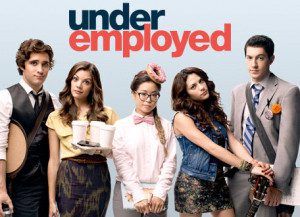 Figuring out one’s life is a topic I’ve become something of a pro at tackling.  After all, I’m approaching my 1 year anniversary here in La La Land.  1 year in L.A.  There has to be some kind of an award for that, right?  Like, maybe an Emmy?
For the past year, you’ve all been reading my experiences of trying to figure out life post-college.  The uncertainty, the depression, the laughs, the adventures, the spontaneity – all of it.  And now, I’m excited because there is a TV show that I feel is speaking to my generation.  That is speaking to me.

This wouldn’t be a great post unless I told a story, so allow me to indulge you for a minute on my latest fiasco:

I was hired as the Social Media and Marketing Manager for a restaurant/music venue, called Kobe, in Seal Beach, just on the other side of the county line in Orange County.  (I know, the O.C., right?)  So, I’m pumped out of my mind.  I had two interviews, nailed them both, and one was even with the owner of the establishment who personally approved my hiring.  However, there was a slight catch.  Because the owner wanted me to have a “feel for the restaurant” she asked if I would supplement my marketing training with server training shifts.  I agreed.  I wanted a broad picture of how the place worked. 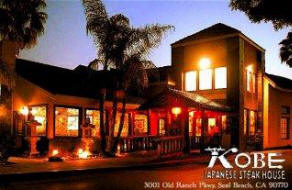 To make a long story short, after 2 weeks of six server training shifts and 1.5 marketing training shifts, the owner asked me if I would just like to work as a server in the restaurant.  My jaw must have dropped.  What?  Just a server?  Lady, you hired me as the social media/marketing guy?  Where is this coming from?

She proceeded to explain the man whose position I was assuming was not leaving the restaurant anymore, (even though he went and got himself another full-time job) and was going to come in a few nights per week and take care of all the duties she told ME I was supposed to do.  So, basically, she revoked my job from me.  And no, ma’am I would not like to just be a server, because the servers have to tip out 60% of what they make in 1 night!  60% is unheard of the in the service industry.  So basically, of all your tips, I would only take home 40% of them.  I have worked in the restaurant industry for 7 years and that is just plain nonsense.  Possibly even illegal.

(I later found out that the 60% I had to give away was for the chefs because the owner is too cheap to pay them a salary.  If you didn’t gather this already, Kobe is not a good place to work.)

Thus, I, like my pseudo-friends on my new favorite TV show, am Underemployed.  I’ll figure it out, like I always seem to do.  I mean, I’ve spent the last year that way.  But at the same time, I’m ready for something permanent.  I’m ready for my full-time job.  I’m ready to start making money.  The trick is finding it.

So wish me luck, and tune in at 10pm on Tuesday nights and watch Underemployed.  Who knows, maybe I’ll be writing for the show one day? 🙂