“Welcome to the Future” – Part III 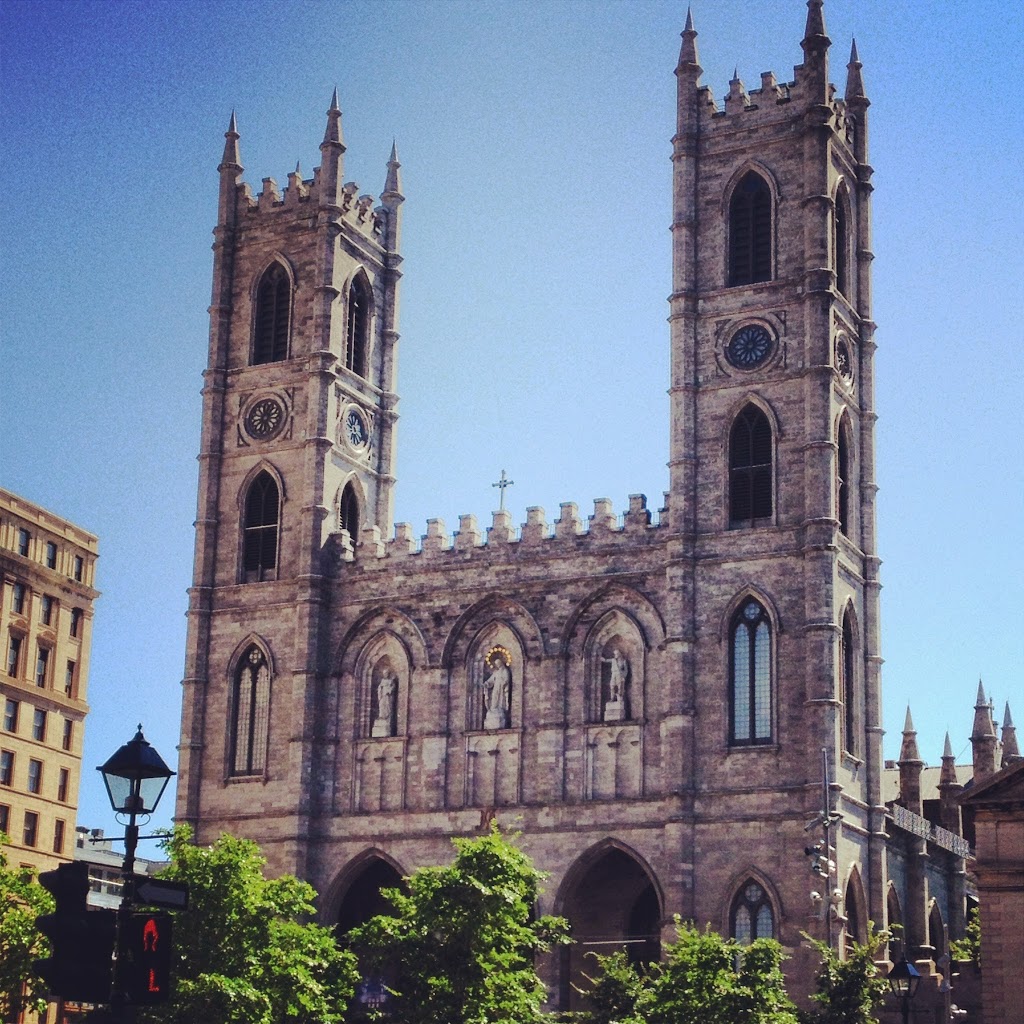 Day three was kind of a clusterfu**. After an eventful evening I was feeling less than my best, shocking I know, but I’m not one to slow down – how could I when I’m getting the opportunity to do something this cool?

We headed to the set late morning and watched some really amazing technical apparatuses do their magic. Again, the details are ones I can’t afford to spare. Let’s just say, it was like something out of NASA. After some quality time with people I had more or less befriended from the previous two days, we headed back to the hotel where we had some time to kill before dinner. 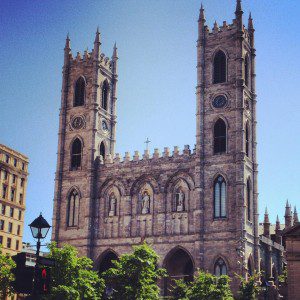 Being as how I was in another country, I wanted to sight-see, really tourist it up. Thankfully we had a few hours to kill before our dinner reservations, so Wayne and I hit the city streets of Montreal to take everything in. Our hotel was in Old Montreal where cobblestone streets and pre-war architecture is not uncommon. The history was cool. The vibe was awesome. I just loved it. It was like going to France but on a smaller scale. I felt very European despite being on the wrong continent.

But seriously, everything was very French. And so, I walked along the river (don’t ask me which one it was) and listened to the jabbering of French passersby flirting with each other or calling after their kids – it was just cool. Magic, if you will.

Okay, I’m going to reel it in before I get too sappy. But the highlight was stopping at a café adjacent to the cobblestone street overlooking the river where I got a cappuccino and just kicked back. I felt like a man of leisure. I was taking in the city of Montreal for all that it was worth – the culture, the ambiance, just everything. 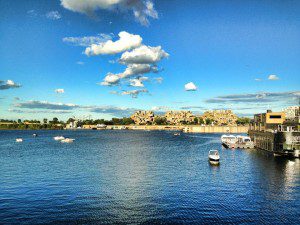 Before long it was time to jet home but because of my notoriously horrible sense of direction, guess what? I got lost. Yep, leave it to me. I followed my heart instead of my head and got so caught up in the cool buildings and the hustle and bustle of the city I just got sidetracked. Thankfully we got back on track and after realizing it was just a minor blunder and I hadn’t walked to Nova Scotia, the crisis was averted. I was literally like two blocks away from the hotel. So, in essence, not really as lost as I thought. But the terror of thinking I was made the whole afternoon very suspenseful and exciting. I enjoy being lost!

Dinner was great, as was becoming the custom, and I had duck! I was a little hesitant, but man, it was some good freakin’ duck, let me tell you (bon appétit!).

Wayne, Bryan and a few others and I went to a bar after dinner and just had a few beers and relaxed, which was fun. We talked, bonded – it was great. Afterward we headed into this club that was very Euro and for some reason I just wasn’t feeling it. I might have still been hung over, plus there was even more Sambuca that people were lighting on fire…and…it was just…my heart wasn’t in it.

We took a cab home and I realized that the next day would be my last. I knew I just needed a good night’s sleep. After all, every growing mutant does.